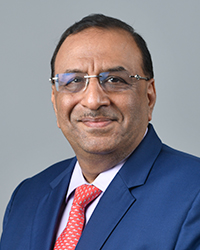 Dinesh winner of "Asia Tax Practice Leader of the Year- 2020", is a stalwart in the industry and has over the decades been recognised by his peers as amongst the top tax advisors in India. His ability to relate the business strategies of clients to the tax and regulatory environment has been recognised as unique and has played a critical role in developing solutions for clients.

Prior to founding Dhruva, he held a series of leadership positions across several large professional service organisations in India. He was the Deputy CEO of KPMG India, Chairman of KPMG’s tax practice, Deputy CEO of RSM & Co and Head Tax and Regulatory at PricewaterhouseCoopers (PwC).

He is a member of the National Executive Committee of FICCI and is currently a mentor of the FICCI Committee on Taxation. He has also worked with the Government of India on several policy committees. He was a member of the Rangachary Committee constituted by the Prime Minister of India to deal with tax reforms in the IT/ITES sector and for evolving Safe Harbour Rules.

Dinesh is a Director on the Boards of some of the largest and most prestigious organizations in the country like Jio Platforms Limited (RIL Group) and Adani Green Energy Limited. He is also on the Board of Shiv Nadar University in Chennai.